An Interview with Joshua Kurlantzick by Maciej Nowicki

Most Western economists claimed that state capitalism was unable to function properly in the long run. And yet in the last 30 years it has been China and Singapore that have developed more rapidly than almost all other economies. The role played by the government in the economy does not have to be bad. We cannot reject it outright—says Joshua Kurlantzick in an interview with Maciej Nowicki.

In his famous book The End of the Free Market Ian Bremmer claims that the conflict between state capitalism and the free market will determine the future of the world. In your State Capitalism you seem to reject that claim.

I don’t agree with Bremmer. It is not so that our future depends exclusively on the battle between state capitalism and the free market. Let us take democracy. Democracy across the world is definitely in retreat. But is there a simple correlation between the free market and democracy? Does more of free market automatically mean more of democracy?

We have plenty of evidence that it is not true. And another thing—you have to notice the differences between particular varieties of state capitalism. So far, only extreme approaches have been adopted: this model has been presented as the number one enemy of our lifestyle and global order or completely ignored by saying that it contained nothing meaningful and would soon collapse under its own weight. But putting all varieties of state capitalism in one basket does not make any sense. We have Russia, an inefficient predator state. We also have countries which are doing very well, such as Norway or Singapore. And China—all the reservations notwithstanding—provides a positive example. The role played by the government in the economy doesn’t have to be bad. We can’t reject it outright.

We know that democracy is in retreat and that state capitalism finds a growing number of followers, while until the 1990s the main focus was on privatization. Does it not prove that there is a relationship between state capitalism and the decline of democracy in the world?

Perhaps there is, but state capitalism is at best one of the reasons for the democratic withdrawal. The sequence of events has often been different. In my book Democracy in Retreat I tried to demonstrate that in the 1990s democracy was in many places given too much credit, namely people argued that it was also a perfect recipe for economic growth. There is no evidence for that—no one can convincingly prove that democratization leads to economic growth in the short term, especially in just five or ten years. In addition, privatization waves usually resulted in job cuts, which in many countries created hostility towards democracy itself. It sometimes led to a retreat from democracy with preservation of the free market, e.g. in Hungary. Sometimes both were questioned, like in Russia.

And then we had the financial crisis on top of it all.

Exactly. The weaknesses of the free market are another reason why capitalism has been adopted in many countries. In 2008– 2009 the Western free-market economies looked so disastrous that the attractiveness of any other model hugely increased, even if its efficiency in the long term could not be demonstrated. Moreover, in the same period foreign banks stopped loaning money to many developing countries. This drought on the financial market convinced many leaders of developing countries that an excessive dependency on the free market could be very dangerous.

In China in recent years the wave of economic growth has brought an even greater oppression.

Less freedom need not mean better economy. The most autocratic regimes, which have neither the need nor the ability to respond to public sentiment, are also the worst “state capitalist” economies. To remain effective, you have to maintain some degree of openness. Authoritarian regimes based on personality cult, such as Putin’s Russia or Mugabe’s Zimbabwe, are incapable of that.

Why is China much more effective than Russia? It started off as a country which was much more backward, poor, with a less educated population.

Under Yeltsin and Putin, big business was subordinated to the oligarchs that have close connections with the Kremlin. On top of that, there are no attempts at making these companies compete against each other. If somebody tries to enter their turf, he is simply crushed. Russia is a giant lagging behind by decades in terms of everything—technology, management, labor force. And no wonder that today’s Russia has no significant startups. And yet Russians are very enterprising— the expats from this country play a key role in the Silicon Valley or London.

China is far from perfect. However, instead of dominating on the domestic market and in Eastern Europe like Gazprom according to ad hoc rules of the game, China attempts to create its own counterparts of large international corporations. Besides, in China there is a dynamic private sector. There is no comparison with Russia here. This is one of the reasons why China is the second largest world economy and brought 300 million people out of poverty.

In many sectors—clean energy, solar energy, small appliances—Chinese companies already are major international players. And they will soon repeat the story of such Asian companies as LG, Samsung, or Hyundai, dominating today’s computer or car market. I am unable to name a single Russian company which could play a similar role. All indications are that Russia will continue to depend exclusively on commodity exports. China and Russia are so different that comparing them simply does not make sense.

Nevertheless, we have been reading for many years that China would eventually collapse. Gordon Chang was one of the people to predict that.

Chang claimed that cheap credit and state intervention in the economy must result in a rapid collapse. As we see, it was just wishful thinking. After the 2013 credit crunch, China was growing faster than all other big economies on a similar level of development. Corruption is quite big—and it poses one of the main problems. But it does not assume such proportions as to constitute a threat to the economy. It was also claimed for years that China would explode because of the growing discontent of the middle class.

But nothing like that can be observed. As in many other countries with a relatively high growth (excluding the West), it is the middle class which forms the backbone of authoritarianism today. After the Tiananmen Square protests in 1989, the Chi- nese Communist Party introduced many solutions meant to guarantee the support of the middle class. And it worked—surveys show that the support for the Communist Party is strongest in this group.

But there are many protests in China…

Yes, among migrants to the cities and in isolated rural areas where the benefits of the Chinese boom have scarcely been felt. The Chinese success is not solely the result of opening to the world and catching up with it. Or of the fact that the country is simply large. The Chinese growth mostly results from a sensible economic strategy. Although there is one thing we do not know: for how long you can remain an authoritarian state when the level of income and education is constantly growing. In a word, the main risk in China is political rather than economic.

You spoke about corruption. To what extent is it an inevitable side-effect of state capitalism?

In such countries as Russia, Venezuela, and Vietnam, corruption is closely intertwined with state capitalism. Corrupt apparatchiks are rarely punished and groups trying to monitor the abuses suffer the consequences—their members go to prison or simply disappear. But things are much more complicated. The level of corruption in China and Italy is similar. In Singapore we have state capitalism and almost no corruption. In Nigeria we have a free market and incredible corruption. You can draw only one conclusion from that—the level of corruption depends on the political culture rather than the economic system.

Is state capitalism going to be an increasingly popular model?

Until recently, most Western economists claimed that state capitalism was unable to function properly in the long run. And yet in the last 30 years it has been China and Singapore that have developed more rapidly than almost all other economies. Copying all the elements which contributed to their success is, however, extremely difficult.

Exactly. And we also should not forget that in the US the private sector is extremely strong—the most powerful in the world. It has a huge influence on politics. The free market is capable of defending its interest to an incredible degree.

Donald Trump seems to be in love with trade wars. And a trade war with China even seems to be his priority. What does it mean for our future?

I do not think that the most dramatic scenario will come true. A tariff war would be good neither for China nor for the US. I don’t see a way of punishing China without suffering ourselves. That is not all. We begin to understand in what way subsidies and government support help companies functioning under the umbrella of the state. It is extremely difficult to calculate the level of punitive tariffs which would be effective in the battle with the giants of Chinese state capitalism. No one will say this publicly, but in private conversations congressmen admitted that previous attempts had not been very effective. Finally, both the US and China are members of the WTO. This imposes very strict limitations on us, and it is another reason why the hard option is unlikely. 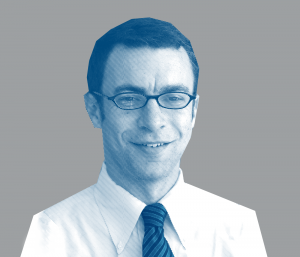 is senior fellow for Southeast Asia at the Council on Foreign Relations (CFR). He is the author,most recently, of A Great Place to Have a War: The Secret War in Laos and the Birth of a Military CIA. Kurlantzick was previously a scholar at the Carnegie Endowment for International Peace, where he studied Southeast Asian politics and economics and China‘s relations with Southeast Asia, including Chinese investment, aid, and diplomacy. Previously, he was a fellow at the University of Southern California Center on Public Diplomacy and a fellow at the Pacific Council on International Policy.

Kurlantzick has also served as a columnist for Time, a correspondent for The Economist based in Bangkok, a special correspondent for the New Republic, a senior correspondent for the American Prospect, and a contributing writer for Mother Jones. He also serves on the editorial board of Current History. He is the winner of the Luce Scholarship for journalism in Asia and was selected as a finalist for the Osborn Elliott Prize for Excellence in Journalism in Asia. His first book, Charm Offensive: How China’s Soft Power Is Transforming the World, was nominated for CFR’s 2008 Arthur Ross Book Award. He is also the author of Democracy in Retreat: The Revolt of the Middle Class and the Worldwide Decline in Representative Government. Kurlantzick received his BA in political science from Haverford College.

Maciej Nowicki is Deputy Editor In Chief of Aspen Review.