We would like to cordially invite you to the public debate titled Digital (Dis)Information Overload that will be held on September 24 in CEVRO Institute in Prague. The debate will be focused on the role of new technologies in disinformation, manipulation, propaganda and deep fake, which is a cause of growing concern of its effects on public discourse and the core values of our society.

What is the digital impact on the society? How can we fight strategic misinformation and strengthen democratic discourse? Can societies and individuals foster their resilience against manipulated information? What are the recommendations for governments, technology companies and civil society?

Following speakers will come to share their experience and insights:

The debate will be in English language.

REGISTRATION is now closed as we have reached full capacity.

The debate is part of a series of conferences, seminars and workshops organized by Aspen Institute Germany, Aspen Institute España and Aspen Institute Central Europe under the title Tech and European Society. The event is prepared in cooperation with the CEVRO Institute and the U.S. Embassy in The Czech Republic. 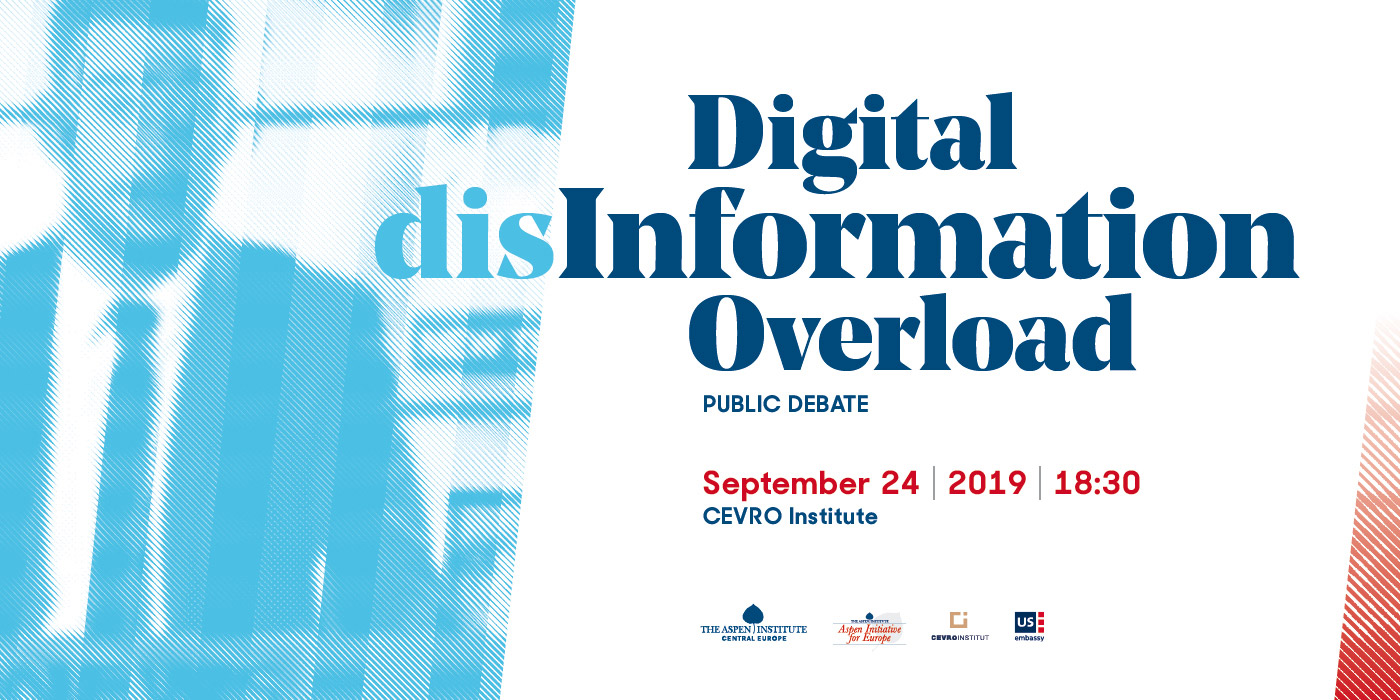